You grant your consent to all cookies by clicking on the “Accept all” button. If you want to accept only technically necessary cookies, click on the “Only necessary“ button.

Accept all Only necessary Settings
Menu

We can be proud of the moments that move us higher, and we see that what we are doing is right and visible.

Bc. Lenka Šefrhansová, Executive Director, accepted the invitation to the tenth annual CZECH BUSINESSWOMAN AWARD in 2017. The nomination was made based on a financial analysis from publicly available data of all companies in our country. The selection was made from 23,650 potential nominees, of which 115 were finalists. Šefrhansová received an honorary place in this project. 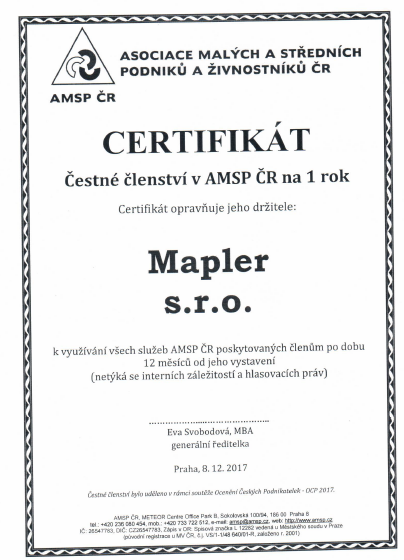 This year, the Executive Director also received a retraining after successfully completing the training programme for work activities: Payroll Accounting. 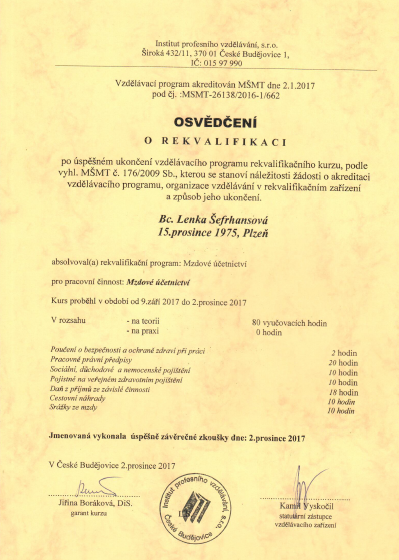 Our employee Josef Andrle Sr. won the Employee of the Year award. 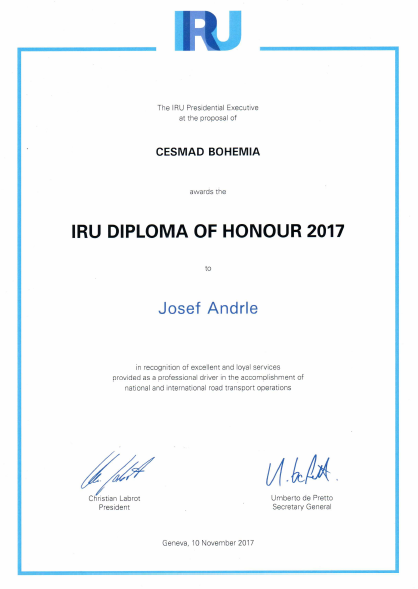 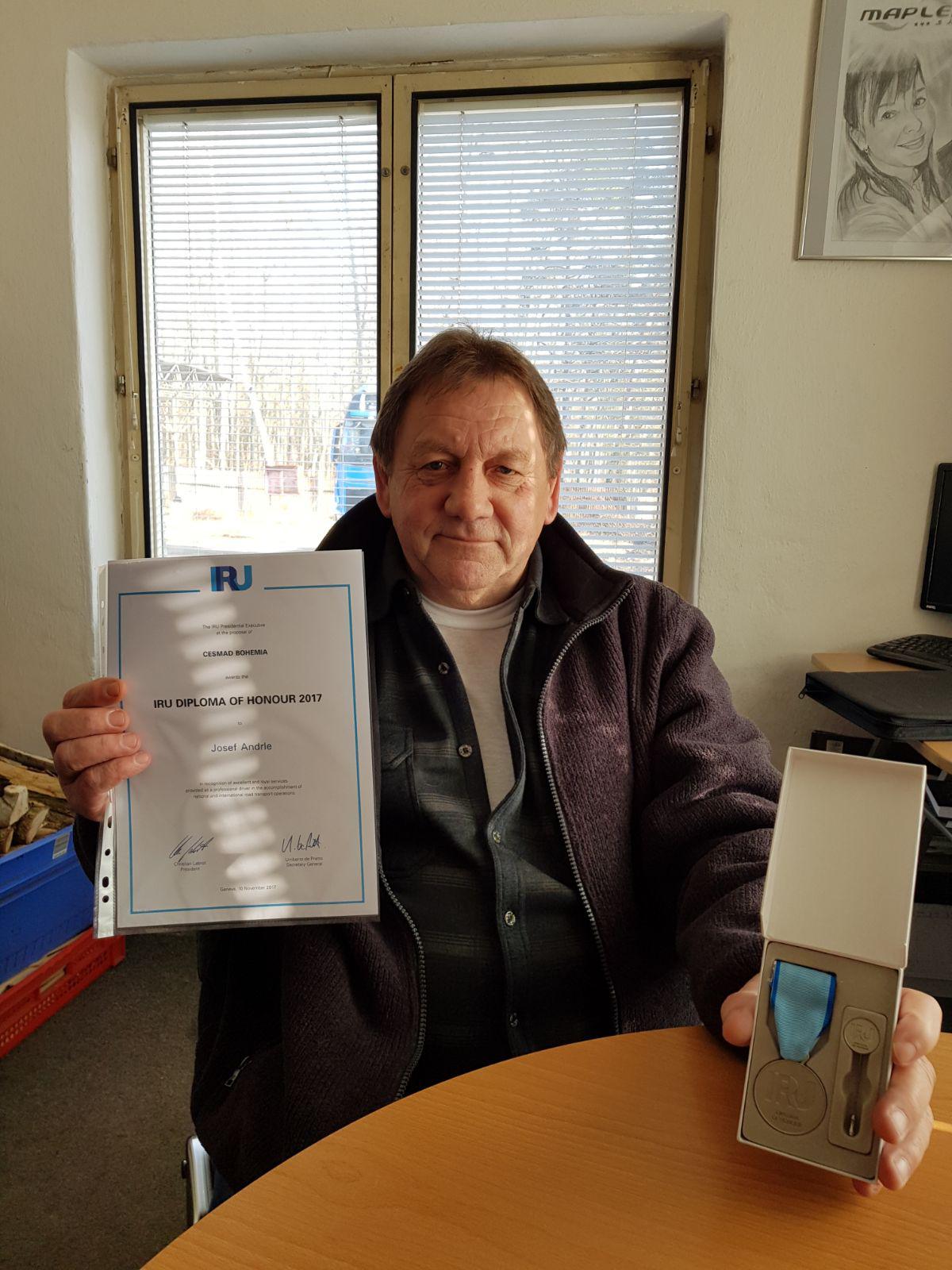 Josef Andrle Jr. participated in the Young European Truck Driver contest. The contest was organised by Scania. This contest had its qualifying round in Pilsen, with the participation of the 25 best drivers. The participants were not only subjected to a theoretical test, but the practical side was also important, such as economical driving or vehicle control. Josef Andrle Jr., who was one of the nine advancing to the Czech final, rejoiced in first place in Pilsen. 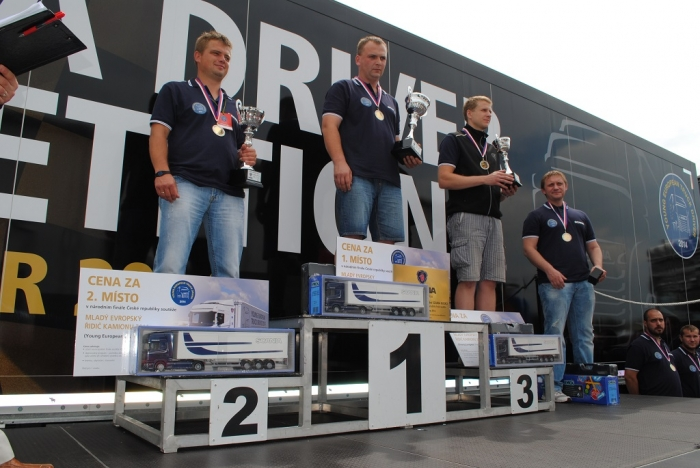 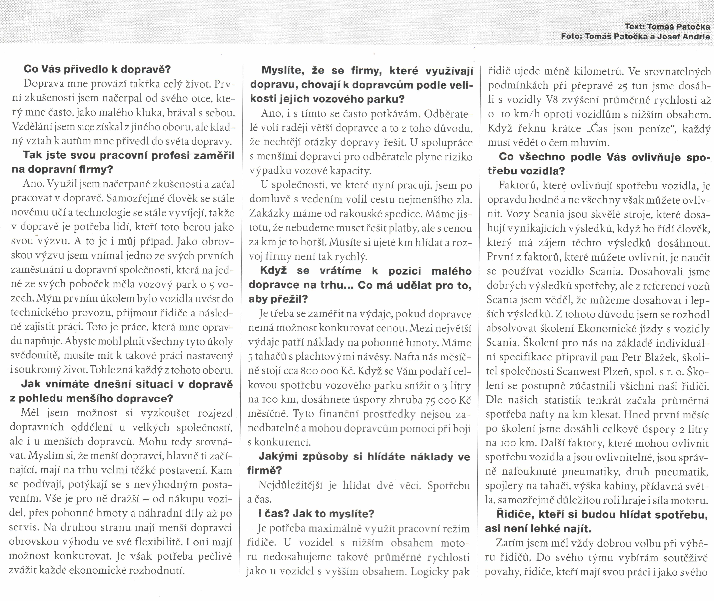 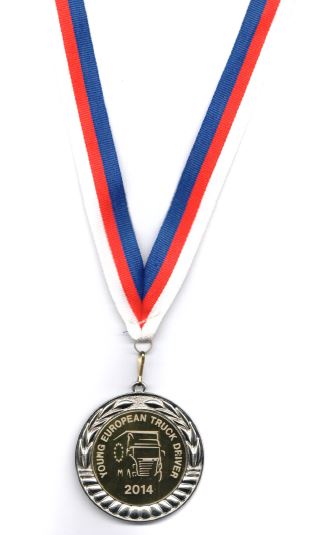